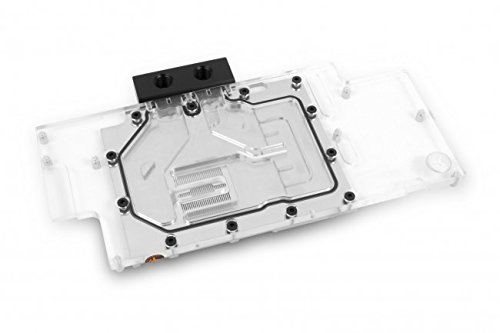 The base of the block is made of nickel-plated electrolytic copper while the top is made of quality acrylic material. The top also features two pre-drilled slots for 3mm LED diodes. The sealing is ensured by quality rubber washers. Screw-in brass standoffs are pre-installed and allow for a safe and painless installation procedure.

EK Water Blocks recommends the purchase of aesthetic retention backplate (EK-FC1080 GTX JetStream Backplate - Black, Nickel) which improves the looks of your graphics cards and also provide some passive cooling to the circuit board VRM section.