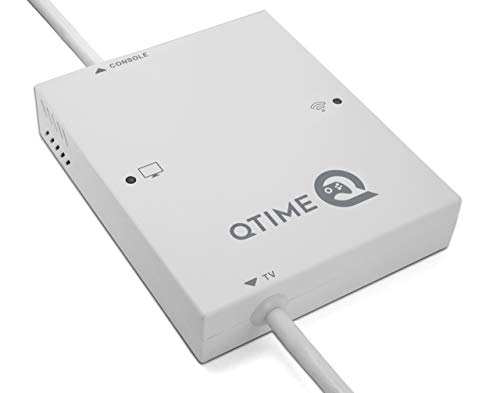 As featured by BBC Radio, The Telegraph, The Huffingon Post and Heart Radio.

Every parent wants their child to spend less time playing video games. Experts agree that kids should have less than two hours of recreational screen time each day. Too much gaming time can lead to difficulties going to sleep on time, lower concentration at school and insufficient exercise.

QTIME lets you enforce healthier gaming habits. It's a smart HDMI cable. Simply remove the cable that connects the games console to the TV screen, lock it away, then replace it with the QTIME device. Set up takes two minutes.

Set a time window and allowance for each day of the week using the QTIME mobile app. Set different time limits for each day, or use the same timing every day. The TV screen turns off when their time is up. No more battles.

Kid proof - Kids are great at finding loopholes. QTIME can detect when it has been unplugged from the TV screen and immediately sends an alert to your phone.

Comes with the QTIME mobile app - It's compatible with all Android and iPhone smartphones. Control and monitor your QTIME from anywhere. You don't even need to be at home.